BBH-Blog: Each country has its own strategies in place to contain the spread of coronavirus. How does the Spanish economy respond to the pandemic?

Gimeno: On March 14th 2020, the Spanish Government declared the State of Alarm for two weeks and since then it is enlarged every other week for the same initial period and it will last at least until 24th May. However every time the Government faces major problems to get support to keep this exceptional legal framework from the other political parties and some voices have raised concerns as they do not see a need any longer to keep this exceptional situation. In a country like Spain where a large number of competences such as health, education and mobility are transferred to the 17 Autonomous Communities, the “State of Alarm” allows the national Government to centralised power and competences in all areas. Therefore, the end of the State of Alarm remains unclear.

Spain adopted some of the strictest measures to control the coronavirus, including the total lockdown of its citizens on March 14th exception of health or essential services and state security bodies. This has critically impacted the Spanish economy. The first estimates of GDP indicate that the economy has collapsed at a quarterly rate of 7 percent. Experts foreseen a two years period at least to recover and anticipate that the economy will not return to pre-crisis levels for several years.

Moreover, the lower weight that the industry has in the Spanish GDP compared to its European neighbours worsens the consequences of a long and severe lockdown. Although the manufacturing sector has not emerged unscathed from this crisis, it has endured the confinement better, whilst the services sector – tourism related services in particular – has had to shut down almost completely. Tourism sector contributes to 12 percent of our GDP in 2019 and accounted for 13 percent of employment rate.

Despite the announced de-escalation plan (already initiated in certain regions of the country), sectors such as retail, travel, tourism and leisure, which are already the most impacted, will continue to be greatly affected by social distancing and other prevention and protection measures.

Activity has been at its lowest in April and will progressively improve as the return to a “new normality” evolves. But in no case will it compensate for the current destruction. The Government forecasts an annual drop in GDP of 9.4 percent, with 2021 experiencing strong growth. The sooner the healthy crisis is solved – linked to the discovery of a vaccine – the sooner tourism sector and other related services will go back to normal with a positive impact in our economy.

The European Commission (EC) expects the level of public debt to shoot up twenty points, from 95 percent in 2019 to 115.6 percent, with a slight reduction to 113.7 percent of GDP. As for the deficit, Brussels also aligns with the Spanish government forecast, and it places the deficit at 10.1 percent in 2020, which will place it as the second highest behind Italy (11.1 percent).

Finally, regarding unemployment, both the Spanish government and the EC expect it to stand at 18.9 percent in 2020 and at 17 percent in 2021. In Spain, similarly to Italy, small companies that tend to be more fragile during economic contractions, represent a high proportion of employment. Although measures have been implemented to compensate for the liquidity shortage, smaller companies are more likely to see restrictions on liquidity and bank lines of credit blocked.

BBH-Blog: Germany has swiftly launched an extensive aid package to support the economy. Are there similiar measures in your country?

Gimeno: In March, the Spanish Government announced an aid package close to 200 billion euros, since more than 100,000 people had lost their jobs temporarily and thousands of small companies had been forced to close their doors. Currently, there are more than 3 million people affected by temporary unemployment.

The aid package amount is equivalent to approximately a fifth of the country’s GDP and 117 billion of it comes from the public sector.

The package includes a moratorium on mortgage payments for people affected by the Covid-19 crisis,  the stop of evictions and the assurance of water, electricity and internet to vulnerable households.

Up to 100 million euros of the package are dedicated to guarantee the liquidity of Spanish companies, while another 30 million euros go to researchers working to develop a vaccine.

In April, the European Commission has also approved an aid package to support the Spanish economy. Specifically, the aid is for research and development related to the coronavirus, investment in testing infrastructure, investment for the production of products related to the coronavirus, deferrals of payment of taxes and contributions to Social Security and subsisted salaries for employees to avoid workforce reductions.

BBH-Blog: How would you assess the Spanish and the EU crisis management?

Gimeno: Well it is much easier to speak once the decisions have been taken than being the one taken the decisions. I regret the Spanish Government did not react earlier with similar severe measures with the experience in our neighbouring country or at least why they did not order the lockdown if the city of Madrid as important focus of the virus were detected instead of allowing traffic of people in and out of the capital risking spreading the infection all over the country. The balance between economy and health that has been challenge in this crisis is a very complex and difficult one but some days in advance could have contributed to reduce the high numbers of infected and deaths we have seen in our country. Once Government declared the State of Alarm they have managed the crisis correctly in my view, although there have been a series of contradicting measures showing authorities are “learning by doing”, which is understandable to a certain extend as we are facing  a new and unknown situation with an unknown virus that makes decisions difficult and information changes rapidly. As regards Europe and the Commission, I would have liked to see more unanimous action and measures and not 27 Member States taking their own measures. Is not the first time Europe fails to speak with one voice. Being myself a Europeanist by profession and by conviction I regret to have to say so.

BBH-Blog: Do you think companies are well prepared for such a crisis and thus able to continue operations?

Gimeno: As I mentioned earlier a large percentage of the companies in Spain are SMEs (99,8 percent ) and 75 percent of them perform activities in the services sector. These companies are more vulnerable to economic recessions and this will be the case in this COVID’19 crisis. Despite they might benefit from some measures implemented by the government, the general impoverishment of the population and the reduction in consumption patterns will definitely impact them for a number of years, facing a reduction on the speed of their activities.

However there are always opportunities arising from crisis. A good example is the opportunity Spain can play exploiting its renewable energy resources and becoming the leading country in the energy transition.  The European Green Deal and the energy transition has come to stay and is the best solution for growth and going forward and it is at the heart of the European Commission recovery plan. In 2050 our energy system must be based 80 percent in renewable energies. This is an opportunity for Spain to diversify its economy efficiently relying less on sectors like tourism and trusting in secure values as the energy transition to a low carbon economy which is supported by political commitment and climate needs. We cannot afford being left behind in this transition.

BBH-Blog: The energy supply sector is one of the particularly sensitive infrastructures. An energy supply failure would seriously jeopardize the common good. How is the energy sector handling the current situation?

Gimeno: There has been no impact in the security of supply to services and citizens. The energy sector has proved to be prepared and resilient “keeping the lights on”. The Covid-19 crisis has thus highlighted the need for energy security and the critical value of electricity infrastructure.

The energy companies are behaving with due diligence and many of them have adopted additional measures to those imposed by the Government to protect vulnerable consumers. As an example, some suppliers are facilitating their customers the fractioning of their invoices up to 12 months and at no cost and allow adjusting the contracted capacity at any time. Other companies supplying hospitals have reinforced their emergency operational plan to guarantee the supply and even they are connecting and providing electricity for free to the „field hospitals“ built in few days in exhibition buildings or sport stadiums or to hotels refitted for hosting patients. Others have provided their clients with free medical attention through video calls using their lines so that citizens don’t have to leave their homes. Some have contributed with donations for food and/or protection material to hospitals.

The measures adopted by the Government during the State of Alarm that affected the Energy Sector are the following:

BBH-Blog: Presently, companies are faced with the challenge of maintaining “normal operations” as far as possible while being forced to react in a very flexible, creative and innovative manner according to the situation at hand to minimize the risk of infection. Could you give us an example of how companies respond to this challenge?

Gimeno: Digitalization is a big part of the solution. This unfortunate situation has brought something positive to us and that is to realise the absolute need and importance of the digital transformation in all sectors. These last days we all have experienced a “master class” in digitalization to keep our companies and businesses running and working close to normal, as well as to keep alive our social life and family relations. We all have been forced to move to the digital world – energy companies included -in all those activities that can be moved to digital and in particular for communication with customers. I personally see it as a positive lesson learned that will change certain behaviours in many aspects. As an example, we are realising how many meetings can be efficiently done online, saving travelling costs to companies and improving our environmental footprint.

BBH-Blog: Dear Mrs Gimeno, thank you very much for your time. 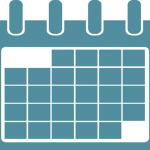 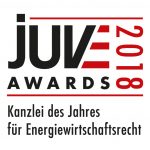